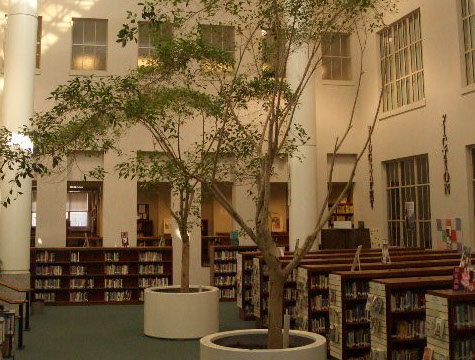 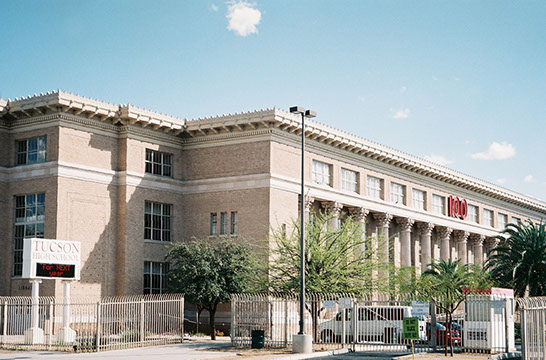 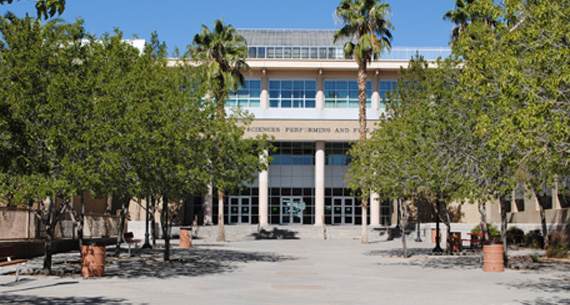 Previous Next
Our History
Tucson High is the oldest operating public high school in the state of Arizona. On April 10, 1906, the Arizona Board of Regents resolved that as of September 1, 1906, students from all Arizona cities, having a population of more than 5,000, must have completed the 9th grade before enrolling in the University of Arizona Preparatory Department. Then the voters of Tucson School District No. 1 approved the formation of a high school district on August 8, 1906.

The first day of class in the newly established Tucson High School was on September 10, 1906 with 45 students who began classes in the Plaza School at 13th Street and 4th Avenue. After a few weeks, the high school students were relocated to a two-room building located at 1010 E. 10th Street, the current location of Tucson Unified School District headquarters.

In 1908, they moved to the newly constructed Tucson High School building at 501 E. 6th Street, which is currently Roskruge Elementary and Bilingual Magnet Middle School, and remained at that location until they completed their high school years. By 1910, only ten students from that original class remained as students.

Construction on the current Tucson High School Main Building began in 1923 and was completed in 1924, in time for the fall classes. Tucson High's Main Building was designed by Henry Jaastad and cost $750,000. The grand building with its ornate details, such as Corinthian columns, stood as an architectural masterpiece then and remains the same today. A magnificent icon, the 14 towering columns of the Main Building welcomed classes ranging in size from 175 in 1924 to classes over 900 since 2007.

In the fall of 1956 a second high school, Pueblo High School (3500 S. 12th Ave.) opened its doors in the southern part of Tucson and, in 1957, Catalina High School (3645 E. Pima) opened in the northeast part of the town to accommodate the increasing number of students in the fast-growing city of Tucson. Although Amphitheater High School had been operating at this time, it was a very small school that served just a few students living in what was then far northwest area of Tucson.
© Copyright 2022  |  Terms of Use  |  Privacy Statement  |
Log in